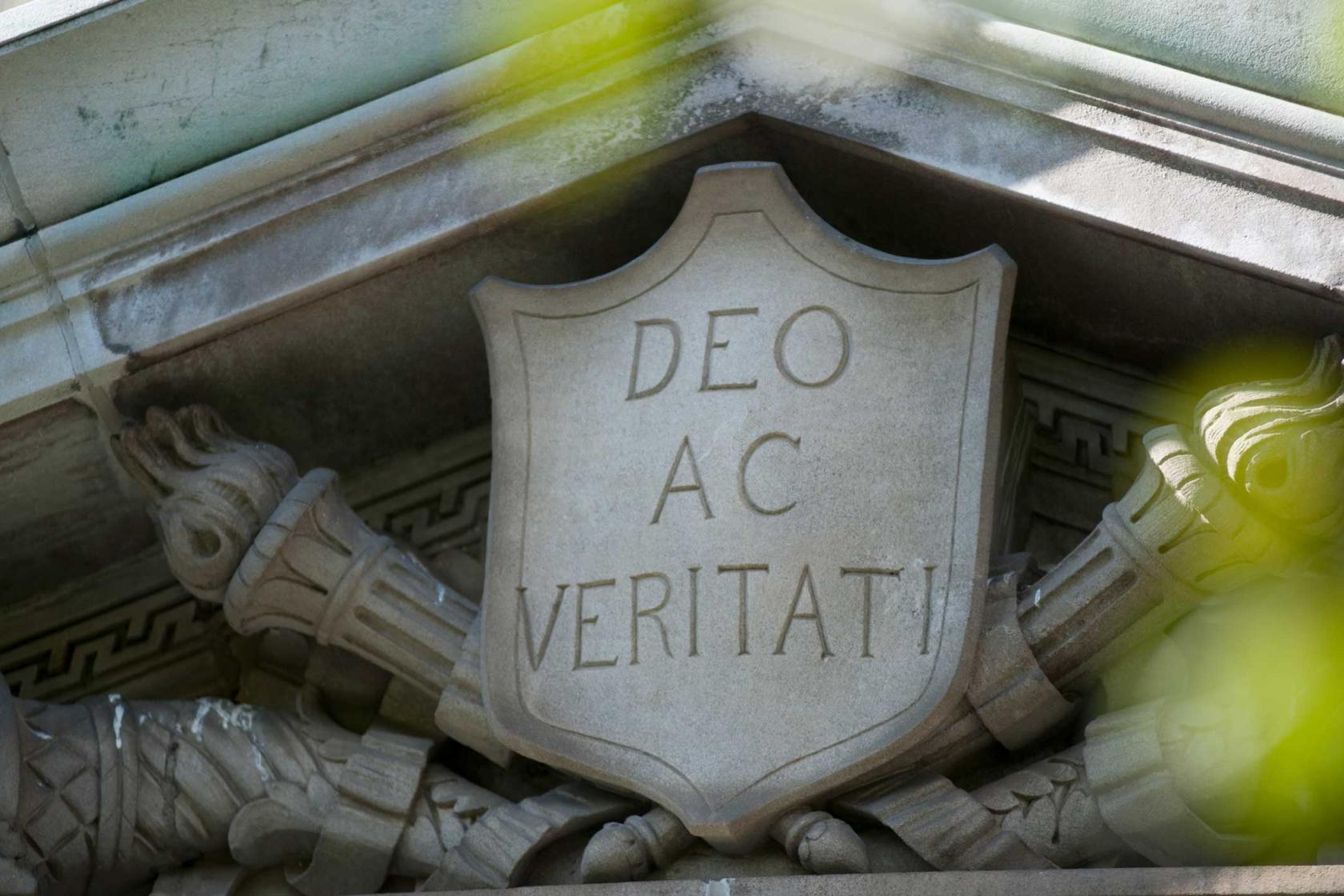 The conversation was led by Ken Belanger, Russell Colgate Distinguished University Professor of biology and chair of the MBBI Advisory Committee; Lynn Staley, Harrington and Shirley Drake Professor of the humanities and chair of the Department of English; and Lynn Schwarzer, professor of art and art history and film and media studies and director of the Division of the Arts and Humanities.

The event was a precursor to two upcoming MBBI-inspired arts and humanities colloquiums: On Feb. 21, Brown University English professor Paul Armstrong will discuss the neurology associated with the act of reading, and San Francisco State University philosophy professor Carlos Montemayor will talk about his work at intersection of philosophy of mind, epistemology, and cognitive science on Feb. 29.

Anticipating these visits, conversation in the Hall of Presidents delved into the ways in which artificial intelligence compares to the brain and its implications for the future of art; how the microbiome influences the brain and behavior; and changes in the brain created by reading literature and learning foreign languages, among other transdisciplinary topics.

“It was exciting to hear how colleagues envisioned overlaps and intersections between MBBI and the arts and humanities — a sense of adventure to explore some shared terrain,” said Schwarzer.

Meanwhile, faculty are preparing to submit proposals for MBBI grants. Projects funded since fall 2021 include research into gut microbiome composition and changes during concussion recovery in student-athletes, a collaboration between athletics and biology; a visit by Tillman Vierkant of the University of Edinburgh to discuss his work on the neurophilosophy of free will; and funding for a play that explored the history of issues of neurodiversity in children.

The MBBI is an initial priority in Colgate’s Third-Century Plan. It brings together multiple academic areas, including psychological and brain sciences, neuroscience, biology, philosophy, linguistics and language programs, computer science, economics, and political science. Colgate is currently building the Robert H.N. Ho Mind, Brain, and Behavior Center at Olin Hall, creating a new east wing that will integrate the physical environment with the ideals and mission of the MBBI.

“Today’s conversation is a reminder that what we do is cross departmental, interdisciplinary,” Staley said. “One of the wins of going to a liberal arts college is that you don’t do one thing. You can think in all kinds of directions.”