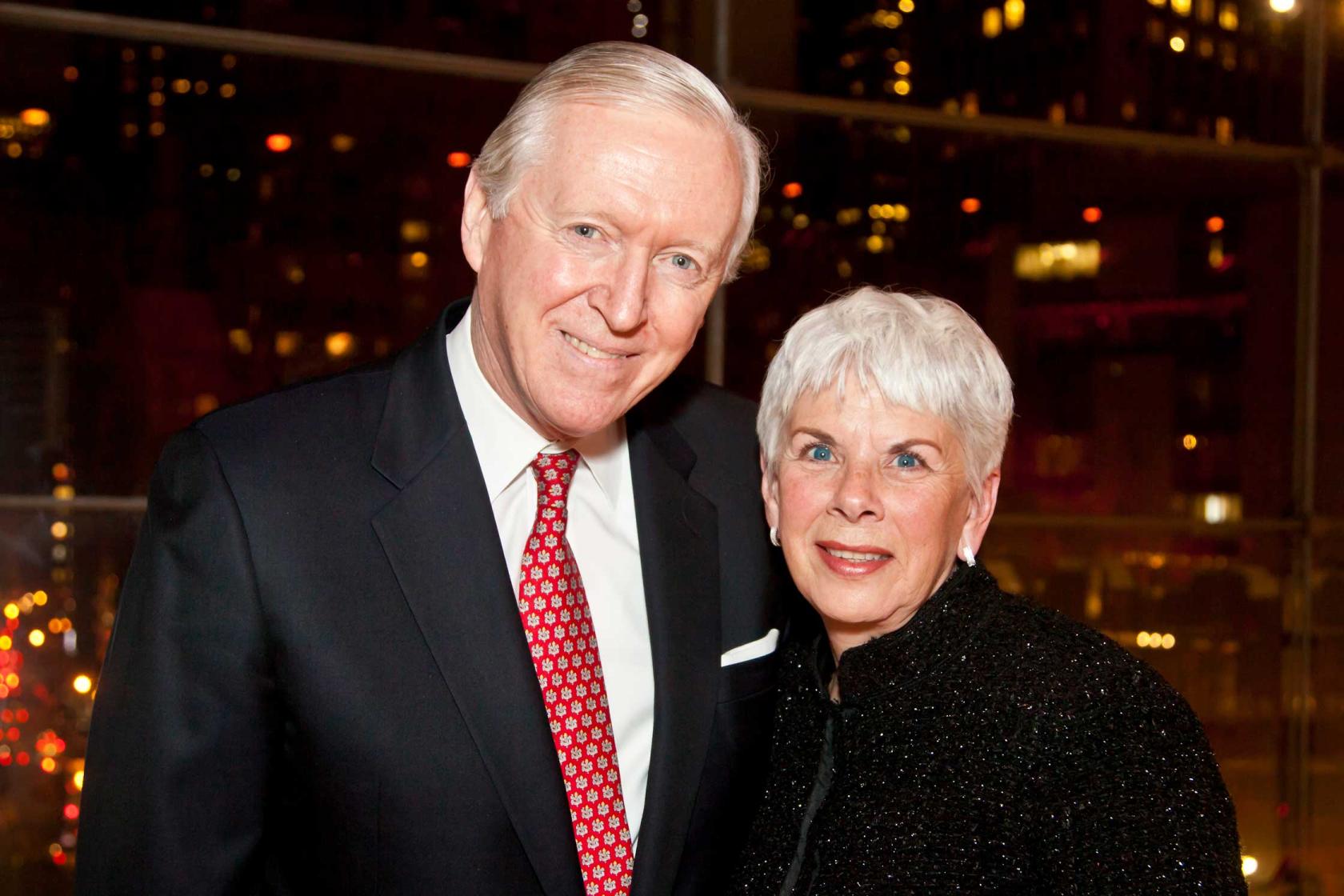 As captain of Colgate’s varsity basketball team, Denis Cronin ’69, H’16, P’09,’10 led the Raiders down Cotterell Court during daily three-hour practices and home games against its Division I competitors.

Playing basketball was one of the defining experiences that shaped Cronin’s education at Colgate. “I learned discipline, hard work and teamwork, and the ability to function under pressure playing before large crowds,” he says. “Those qualities of leadership served me well all my life.”

Now, 53 years after his last game, Cronin has made a $2 million gift to help transform Reid Athletic Center, built in 1959, into a state-of-the-art arena. In recognition of the generous contribution from Cronin and his wife, Linda — who were married at Colgate — the University will name the Hall of Honor lobby in the renovated facility in honor of the Cronin family.

“Reid is badly outdated, and it’s totally inadequate for the college’s needs,” says Cronin, whose children, Denis ’09 and Megan ’10, are also alumni. “When it was built, the college was an all-male school of 1,700 students, and now it’s more than 3,000 men and women.”

Cronin arrived at Colgate six years after Reid opened its doors — as a recruit for the basketball team. One of 11 children, he chose Colgate because of its intellectual rigor and the financial aid package that made it possible for him to attend college.

A graduate of Port Washington High School on Long Island, Cronin says his college education was completely paid for by a loan and scholarship from Colgate and a New York State Regents scholarship. Washing dishes at the student union also helped pay for his room and board.

“The pots were about 4 feet high,” recalls Cronin, who is 6'4", “and I was one of the few who could reach into them and clean them.”

Leading the basketball team was one of two life-changing experiences Cronin had at Colgate. The second came when he was elected president of his fraternity, Lambda Chi Alpha, in his junior year. It was the spring of 1968, and the national fraternity had sent a representative to visit the Colgate chapter.

At the end of his second day on campus, the representative informed Cronin that the fraternity would have to expel all its Black and Jewish members because the national charter had an exclusionary clause that prevented them from joining. But after Cronin organized several meetings to discuss the request, the members voted unanimously to disregard the rule, even though they realized the chapter would lose its national association.

“It was a great learning experience — learning to do the right thing, no matter what,” Cronin says. “We knew that the local chapter would die without a national connection.”

The chapter disbanded by the end of the following year, and the fraternity’s house was donated to Colgate. It is now known as Ralph Bunche House, named in honor of the first African American to receive the Nobel Peace Prize (1950).

After earning his degree in history, Cronin attended Fordham Law School, graduating at the top of his class. He went into corporate restructuring and bankruptcy law, he says, because he didn’t want others to struggle with money the way his parents had, leaving them unable to contribute to his college education. He became a partner at the preeminent New York City law firm of Wachtell, Lipton, Rosen and Katz at age 30.

“The difficult financial condition at home gave me a desire to help restructure and reorganize large companies and to save companies and the jobs of the people who worked there,” says Cronin, who left the legal field after 40 years to become president and CEO of Royalnest Corp., a family owned real estate development company.

Cronin’s commitment to give back to Colgate began in 1986, when he and Linda endowed a scholarship that has allowed more than 30 students to attend the University. He became a member of the Colgate Board of Trustees in 1999 and served as chair from 2010 to 2014. He received an honorary doctorate in 2016.

One project Cronin worked on as a trustee was the renovation of the retail hub in downtown Hamilton. After moving the Colgate University Bookstore downtown, the University invested $30 million in seed money to attract new shops and restaurants, upgrade building facades, and rehabilitate the Colgate Inn. Today, he notes, downtown has been transformed and boasts an assortment of retail businesses, including restaurants, art boutiques, and coffee shops.

After 14 years on the Board of Trustees, Cronin’s gift to Reid will further establish his legacy in helping to advance academic and athletic excellence at Colgate. “Colgate taught me so much and prepared me for the life of the mind,” he says. “When Colgate calls, like so many alumni, I say yes.”